Yellow Bus
Available at the waiting areas outside door 3 of Domestic Arrival Airport and across door 6 of International Arrival Airport:
- Travel time: 15 minutes
- Approximate Cost: NZD$6.00 each way
- Frequency: Every 20 mins (exception from 2Am to 3AM)
- Ticket:
1) Can be purchased at the ticket machines outside the airport terminal building
2) Online Booking at www.yellowbus.co.nz
3) Naumi Hotel Auckland Airport’s reception desk

Auckland is a city in New Zealand's North Island. With a civic populace of 1,495,000, Auckland is the most populous metropolitan area in the country. A diverse and multicultural city, Auckland is home to the largest Polynesian population in the world. The excellence of productive terra at a hub of creeks in all orientations.

The Auckland metropolitan sector sweeps to Waiwera in the north, Kumeu in the northwest, and Runciman in the south. Auckland is sited in the middle of the Hauraki Gulf of the Pacific Ocean to the east, the low Hunua Sierra to the south-east, the Manukau Dockyard to the south-west, and the Waitakere Ranges and smaller ranges to the west and north-west. The surrounding hills are covered in rainforest and the landscape is dotted with dozens of dormant volcanic cones. The foremost fraction of the urban sector covers a tapering isthmus between the Manukau Harbour on the Tasman Sea and the Waite Mata Harbour on the Pacific Ocean. Auckland is one of the few cities in the world to have a harbor on each of two separate major bodies of water.

Auckland has an oceanic to the humid subtropical climate with warm humid summers and mild damp winters. It is the warmest main center of New Zealand and is also one of the sunniest, with an average of 2,003 Sunshine hours per annum. The average daily maximum temperature is 23.7 °C (74.7 °F) in February and 14.7 °C (58.5 °F) in July. The absolute maximum recorded temperature is 34.4 °C (93.9 °F), while the absolute minimum is −3.9 °C (25.0 °F). High levels of rainfall occur almost year-round with an average of 1,115.5 mm (43.92 in) per year. The nape on which Auckland resides was first resided around 1350 and was appraised for its rich and productive terra. Today, Auckland's Central Business District is the major financial center of New Zealand.

New Zealand cuisine is largely driven by local ingredients and seasonal variations. An island nation with a primarily agricultural economy, New Zealand yields products from land and sea. Comparable to the nouvelle cuisine of Australia, the cuisine of New Zealand is an assorted British-based cuisine, with Mediterranean and Pacific Rim influences as the country becomes more cosmopolitan. Historical influences came from Māori culture. In New Zealand households, dinner is the essential nosh-up of the day, when kinsfolk, assemble and share their gloaming jointly. Restaurants and takeaways provide an increasing proportion of the diet.

One of Auckland's nicknames, the "City of Sails", is derived from the popularity of sailing in the region. 135,000 sailboats and about 60,500 of the country's 149,900 registered yachtsmen are from Auckland; with about one in three Auckland households possess a boat. The Viaduct Basin, on the western edge of the CBD, hosted two America's Cup challenges (2000 Cup and 2003 Cup). Karangahape Road,  Queen Street,  Ponsonby Road, Britomart, and Parnell are commercial peddle areas, whilst the Otara and Avondale flea markets offer an alternative shopping experience on weekend mornings. Most shopping malls are located in the middle- and outer-suburbs, with Sylvia Park and Westfield Albany, being the largest.

The city is categorized as a Beta + World City because of its significance in trade, the arts, and literacy. The University of Auckland, established in 1883, is the largest university in New Zealand. Auckland's leading light such as the Art Gallery, the Harbour Bridge, the Sky Tower, and many museums, recreation ground, restaurants, and theatres are significant exploration attractions. Auckland Airport handles around one million international passengers a month. Despite being one of the most expensive cities in the world, Auckland is ranked third on the 2016 Mercer Quality of Living Survey, making it one of the most habitable cities. 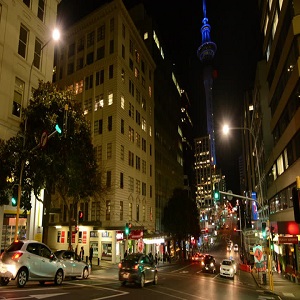 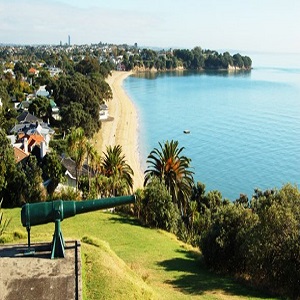 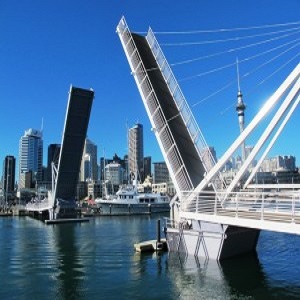 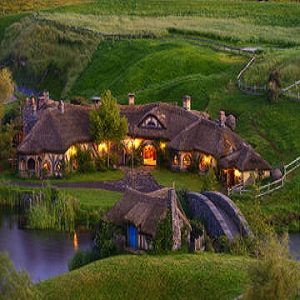