Conference Series Ltd invites all the participants across the globe to attend 11th World Congress on Endocrinology and Metabolic Disorders Auckland, New Zealand.

Keynote: Heme oxygenase is an important switch-box that ameliorates cardio-renal complications in diabetes 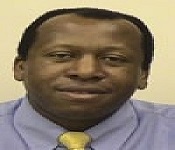 Dr. Joseph Fomusi Ndisang is an Associate Professor in the University of Saskatchewan College of Medicine, Department of Physiology. He received postdoctoral training in Physiology at the University of Saskatchewan College of Medicine from 2000-2005. He obtained a PhD in Pharmacology & Toxicology from the University of Florence, Italy, 2000. He obtained a Doctor of Pharmacy degree from University of Florence, Italy in 1995. He has received several distinguished awards and distinctions including: (i) Fellow of the Canadian Cardiovascular Society (FCCS) in 2016, (ii) Fellow of the American Heart Association (FAHA) in 2011; (iii) Fellow of the International College of Angiology (FICA) in 2007; (iv) Young Investigator Award by International College of Angiology (2007); (v) Young Investigator Award by the American Society of Pharmacology & Experimental Therapeutics-Division for Drug Discovery, Development & Regulatory Affairs (2005); (vi) Young Investigator Award by the Society of Experimental Biology and Medicine (2005); (vii) Caroline tum Suden/Frances A Hellebrandt Professional Opportunity Award for Meritorious Research by the American Physiological Society (2005); and (viii) Recognition Award for Meritorious Research by a Young Investigator by the American Physiological Society (2004). Top 5% of cited authors in journals of Biology and Biochemistry in 2011, by Thomson-Reuters. Currently, Dr. Ndisang is an Editor for Frontiers in Bioscience (impact factor 3.8) and Executive Guest Editor for Current Medicinal Chemistry (impact factor 3.7) He has published more than 64-full length manuscripts in peer-reviewed journals and more than 80 abstracts. Dr. Ndisang has served as external PhD examiner for several universities in Canada, has given more than 30-invited talks, and has also served as peer-reviewer for several reputed journals and granting agencies in United States, United Kingdom, Canada, New Zealand and Poland.

Impaired insulin signaling and deregulated glucose metabolism are associated with the progressive alterations in structure and function of vital organs like the heart and kidneys in diabetic patients.  Our recent studies indicate that upregulating the heme oxygenase (HO) system with HO-inducers like hemin and heme-arginate potentiates insulin signaling and improve glucose metabolism in different animal models of type-1 and type-2 diabetes including (i) streptozotocininduced diabetic rats, (ii) Zucker diabetic fatty rats (ZDF), (iii) obese Zucker rats, (iv) GotoKakizaki rats (lean type-2 diabetic model) as well as other models that display glucose intolerance like spontaneously hypertensive rats and uninephrectomized DOCA-salt hypertensive rats, suggesting a universal role of the HO-system in regulating insulin signaling and glucose metabolism.  The administration of HO-inducers (i) attenuated inflammatory mediators including cytokines like TNF-α, IL-6, IL-1β that in turn stimulate chemokines such as MCP-1 and MIP-1α to promote macrophage-M1 infiltration, (ii) suppressed oxidative stress including NF-κB,  activating-protein (AP)-1, AP-2, and c-Jun-N-terminal-kinaseand 8-isoprostane, (iii) enhanced fundamental proteins implicated in the insulin signal transduction  pathway like IRS-1, PI3K and PKB, (iv) reduced insulin/glucose intolerance (IPITT), (v) increased insulin sensitivity and the inability of insulin to enhance GLUT4 was overturned. These were associated with improved cardiac hemodynamics and the attenuation of cardiac hypertrophy, collagen deposition in cardiomyocytes and the reduction of left ventricular longitudinal muscle fiber thickness, a pathophysiological feature of cardiomyocyte hypertrophy. Similarly, HO  reduced renal histological lesions such as glomerulosclerosis, tubular necrosis, tubular vacuolization, interstitial macrophage infiltration and abated pro-fibrotic/extracellular-matrix proteins like collagen and fibronectin that deplete nephrin, an important transmembrane protein which forms the scaffolding of the podocyte slit-diaphragm allowing ions to filter but not massive excretion of proteins, hence proteinuria.  Thus, diabetic complications such as cardiomyopathy and nephropathy were markedly improved.  Taken together, these studies suggest that the HO-system could be considered and important switch box that when potentiated adequately can rescue organ damage in diabetes.

Prof. Christo J.F. Muller is Chief Specialist Scientist, Biomedical Research and Innovation Platform (BRIP), South African Medical Research Council. He has 2 International patents (USA and Europe) for the prevention of diabetes and has authored and co-authored 81 peer–reviewed articles and two book chapters. He has graduated 5 MSc, 3 PhD and supervised 2 postdoctoral fellows. Currently he is supervising 3 PhD’s and 4 MSc students and acts as a reviewer for many international journals. Prof Muller focuses his research on the potential role of phenolic compounds in the prevention and treatment of metabolic conditions such as insulin resistance, dysbiosis, obesity and type 2 diabetes. He is also involved with a proteomics study to identify early markers for type 2 diabetes. These markers are currently being tested in human subjects.

Recent research indicates that the gut microbiota plays a crucial role in maintaining health or promoting metabolic diseases such as obesity and diabetes. Modulation of the gut microbiome composition by enhancing the polyphenol content of the diet has potentiality in health improvement and even disease prevention. Rooibos (Aspalathus linearis) is known to exhibit such preventive effects against metabolic diseases such as diabetes. We propose that a major factor mediating these effects is through the regulation of gut microbiota by Rooibos polyphenols. We used a high fat and sugar diet-induced non-human diabetic primate model (n=6) to elucidate the effects of Rooibos on GUT microbiota. In the study, we evaluated the effect of 4 weeks of supplementation (90 mg/kg body weight) with a pharmaceutical grade aspalathin-enriched green rooibos extract (Afriplex GRT) containing ca. 12.8% aspalathin, on the gut microbiota of high fat diet-induced diabetic and normal vervet monkeys (Chlorocebus aethiops).  Stools collected before and during treatment were analyzed by Microbial DNA qPCR array. The 28-day treatment of the monkeys with GRT extract, improved glucose tolerance, lowered cholesterol, specifically LDL-cholesterol in the blood. In addition, Afriplex GRT significantly affected bacteria deemed to be characteristic of the microbiota phenotype harmful to the metabolism as seen in the shifts between normal monkeys on a maize diet compared to diabetic monkeys on a high fat and sugar diet. The Firmicutes to Bacteroidetes (F/B) ratio, increased in the diabetic monkeys, was reduced by the treatment, that correlated with improved blood glucose and lipid parameters. Key bacterial species increased by the GRT treatment, include: Akkermansia muciniphila, Bacteroides intestinalis, Desulfovibrio piger and Bifidobacterium adolescentis. Supplementation of the diabetic animals Afriplex GRT treatment improved several microbial species relevant to human metabolic diseases in high fat and sugar fed diabetic vervet monkeys.

Keynote: Mediator role of affective temperament between childhood trauma and environmental factors in MetS and/ or BD 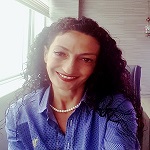 Born in Germany in 1972. She completed his specialist education at Ege University. During his professional life, she worked as a psychiatric specialist in a general medical hospital, as a associate professor of psychiatry in the second largest mental health hospital in the Turkey. Since 2014, as a professor of psychiatry she has taught at Üsküdar University and has been worked with bipolar disorder in NPIstanbul Brain Hospital. Another area of interest is psychoanalytic psychotherapies.
sermin

Temperament originates in the brain structure, and individual differences are attributable to neural and physiological function differences (Kesebir et al. 2005a). Affective temperament is a suggested endophenotype for BD as well. It has been suggested that temperament is associated with metabolic syndrome (MetS) markers, which may be partly mediated by lifestyle and socioeconomic status. Altınbaş et al. suggest that depressive temperament profiles may predispose an individual to the development of MetS in the winter (2013). In their study the proportions of MetS were 19.2, 23.1, 34.6, and 38.5% in the summer, fall, spring, and winter, respectively. Only depressive temperament scores were higher during the winter in patients  with MetS. Neuroticism and openness were confirmed as factors linked to seasonal mood variability (Oginska and Oginska-Bruchal, 2014). Additionally, the study revealed an association between susceptibility to mild winter depression and an avoidanceoriented coping style. The avoidance coping style was correlated positively with all the aspects of seasonality described by SPAQ (correlation coefficients from 0.21 to 0.34). Both sub-types of avoidance-oriented style, i.e. distraction and social diversion, were associated with marked subjective seasonal changes in sleep length, mood and the energy level. While the subjective amplitude of circadian rhythm proved to be connected with seasonality, the subjective acrophase of the rhythm (morningnesseveningness preference) did not. Temperamental factors were related cross-sectionally to, as well as predicted for, the MetS precursors over the 3-year period (Ravaja et al. 1995). Mental vitality and positive emotionality were likely to be related and positive emotionality were likely to be related to a low MetS risk level, whereas hyperactivity, negative emotionality, responsivity to others, and cooperativeness were related to a high level of MetS risk. Same group’s results showed that a temperament profile characterized by a high level of persistence and reward dependence, an average level of novelty seeking, and a low level of harm avoidance was related to a high level of MetS risk factors (Keltikangas-Järvinen 1999). In a systematic review with thirteen cross-sectional analyses, and ten longitudinal analyses, hostility, anger, type A behavior and neuroticism and type D personality were associated with an increased prevalence of metabolic syndrome and its development over time (Mommersteeg and Pouwer 2012). In our study, two types of affective temperament were differantiated between MetS (+) and (-) subjects: Anxious and irritable temperaments (Kesebir et al. 2017). Hyperactivity, high level of persistence and reward dependence, average level of novelty seeking, and low level of harm avoidance which were reported in earlier studies are similar to the features defined for irritable temperament. Additionally, negative emotionality, responsivity to others and cooperativeness are features consistent with the properties defined for the anxious temperament. Irritable temperament was associated with mixed episodes in patients with BD (Kesebir et al. 2005b). According to McIntyre, obesity may affect the symptomatic presentation of BD, by increasing the likelihood that these patients will present with mixed episodes (McIntyre 2013). I think this is applicable not only to obesity but also to MetS. Inappropriate psycopharmacological antidepressant use may contribute to this situation directly by increasing the risk of mixed episode and indirectly by increasing the risk of MetS. On the other hand, there was no clear association between temperament measures and the occurrence and development of the metS. In our last study, triglyceride levels were found to be correlated with hyperthymic, irritable and anxious temperament scores (Kesebir et al. 2016f). There was a inverse correlation between HDL levels and irritable and anxious temperament scores. Blood pressure was found to be correlated with irritabl and anxious temperament scores. There was a strong correlation between waist circumference and cyclothymic and anxious temperament scores. There was not found to be any relation between blood fasting glucose levels and affective temperament scores. There is, however, a cluster of risk factors that include the presence of the metabolic syndrome, as well as a more negative prone temperament profile, that both predispose to the development of coronary heart disease and diabetes.

Conclusion: In conclusion, there is multidimensional explanation for bipolar disorders that is coherent, comprehensive, and explanatory. The presence of MetS seems to be correlated with the onset and progression of BD. Previous depressive episode, seasonality, negative family history and childhood trauma are determined as the predictors of MetS. Anxious and irritable temperament scores were higher in MetS (+) patients. This link could provide an interesting new paradigm for the study of the "systemic" nature of mood disorders. This may also contribute to the discovery of biological markers, increase in our diagnostic tools, development of protective and individual-spesific treatment options. At this point, some endocrinological drugs may be effective in the treatment of mood disorders. Use of Allopurinol and Tamoxifen was determined as antimanic treatment in guidelines for the treatment of mood disorder (Kesebir et al. 2014, Yıldız et al. 2008).