Keynote: The influence of Sleeve Gastrectomy on the Levels of Gut Peptides in obese diabetic and obese non-diabetic patients

Doctoral student in Neuropharmacology at the University of Southampton, England.

1973 Faculty of Pharmacy, University of Khartoum for the Degree of B. Pharm.

Objective: Our primary goal in conducting this prospective study was to investigate and analyze the influence of sleeve gastrectomy on the blood levels of gut peptides; ghrelin, peptide YY (PYY), Glucagon-like Peptide-1 (GLP-1), and leptin in Type-2 diabetic and non-diabetic morbidly obese (MO) patients. And, also, to examine changes in tissue levels of these gastrointestinal hormones in diabetic and non-diabetic individuals at the time of Laparoscopic sleeve gastrectomy (LSG)

The BMI values decreased noticeably at six  An improvement in the overall glycemic profile of the morbidly Obese (MO) patients was observed. The fasting blood levels of ghrelin and leptin were decreased, following LSG. On the other hand, however, the blood levels of PYY and GLP-1 were significantly increased, postoperatively.

LSG improves glucose homeostasis, significantly. It, also, produced significant changes in the blood levels of ghrelin, PYY, GLP-1 and leptin in both the MO diabetic or the MO non-diabetic paints. The tissue levels of the peptides, at time of surgery, were also noticeably affected. These hormonal changes may have multiple beneficial effects on the mechanisms underlying weight loss and the control of   diabetes.prospective study

Type 1 diabetes mellitus is one of the most common disease in different area of world now a days. Enterovirus infections have been implicated in the development of the disease. The viral protein 2C Coxsackie is thought to be responsible for destruction of beta cells in pancreas. The blocking of 2C Coxsackie can be a milestone to decrease pathogenicity of the disease. By using different bioinformatics tools and databases, there is a need to design an inhibitor against virulence protein of diabetes. We developed an inhibitor based on different In silico approaches. This work will help researchers to get an idea about the understanding of chemicals against Coxsackie B4 viruses and helpful for researchers to test these chemical as a drug to overcome Diabetes Mellitus Type1 due to coxsackie B4 virus. 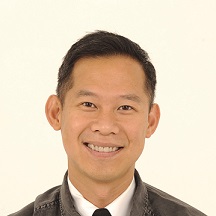 Dr Hoang’s early experiences in Vietnam and his health-related work throughout the years have cultivated virtues of compassion, commitment and understanding, which provide him with a strong foundation for a career in Internal Medicine.

A 43-year-old woman presents to discuss continuous glucose monitor (CGM) technologies.  She has type 1 diabetes mellitus diagnosed at age 14 and has been on insulin pump since 2001 which was upgraded to MedtronicTM 630G in July 2017.  She has adequate glycemic control (A1c 7.3%), but finger-stick blood glucose levels fluctuate widely with occasional hypoglycemia.  Past surgical history was noncontributory.  She exercises regularly, walking 30 minutes several times per day with a goal of 7000 steps per day.  She tried to use a CGM in 2018 (Medtronic) but she discontinued the CGM due to frequent alarms.  Patient reports the alarms were not due to highs or lows, but due to difficulty with obtaining accurate readings.  Patient consulted an endocrine clinic to improve blood glucose monitor with new CGM technology.  Patient subsequently developed bilateral arm pain intermittently for which primary care provider ordered X-ray of both arms which shows the EversenseTM sensor and transmitter on the right arm and the sensor alone on the left arm (Fig 1-2).

CGM devices measure the glucose level of interstitial fluid which correlate well with plasma glucose.  Glucose levels are measured every 5-15 minutes, depending on the device.  The EversenseTM sensor (Fig 1-2) is placed in the upper arm by a physician.  Once inserted, it continuously measures glucose levels for up to 3 months.  The EversenseTM smart transmitter sits over the sensor on the upper arm.  The transmitter is water-resistant, rechargeable, and can be easily removed.  Not only can the transmitter can send data to the EversenseTM Mobile App but it can also provide on-body vibration alerts when glucose level fluctuates high or low.  The EversenseTM Mobile App receives and displays the data easy-to-read charts and graphs, making it easy for patients to monitor their blood glucose.  The difference between EversenseTM CGM system compared to other CGM devices are that (a) there is no weekly sensor self-insertion since EversenseTM CGM lasts up to 3 months, (b) sensor is placed under the skin; thus, no concern about it falling off, (c) no separate receiver is required; data, trends and alerts can be viewed on mobile device; (d) highs and lows can be detected quickly.  Many CGM devices allow patients to share their blood glucose data in real time with friends, relatives, and caregivers using a smartphone app, which may be particularly important when patients have hypoglycemia.  The case demonstrates an interesting radiological finding of an implantable CGM sensor, and also the importance of awareness of various CGM systems with different safety advantages to improve diabetic care.

The authors have no multiplicity of interest to disclose.

Division of Endocrinology, Department of Medicine 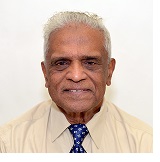 Dr  Mohamed Shakir MD,MACP,MACE,FRCP, FACN,ECNU , is presently Professor  of Medicine, Uniformed  University of Health Sciences , Bethesda, MD and staff endocrinologist in the Dept., of  Walter Reed National Medical Center. I  received my MD degree from All India Institute of Health Sciences, New Delhi and completed residency in Internal Medicine at the University  Hospital, New Hersey College of Medicine , Newark, NJ  and  was followed by a fellowship in Endocrinology, Johns Hopkins Hospital , Baltimore ,MD . After completing fellowship I remained at Johns Hopkins as a faculty member and subsequently joined US Navy. I rose through the rank of LCDR to Captain and was Endocrinology Department Head, Program Director and Specialty Leader for Endocrinology, US Navy for 16 years. After spending 6 months at Howard University as the Dept. Head, Endocrinology I returned to Walter Reed National Medical Center as civilian. During my Navy career I received Navy Commendations Medals, Navy Meritorious Service Medal, Navy Antarctica Medal, and National Science Foundation Service medal. I was the past President of Mid- Atlantic Chapter of American Association of Clinical Endocrinology, and Chair Person for Abstract Committee of American Association of Clinical Endocrinology. I am also Master of the American College of Physician, Master of the American Association of Clinical Endocrinology, Fellow of the Royal College of Physicians and Fellow of the American College of Nutrition. My earlier research areas involved signal traction and enzymology but for the last several years I am involved in clinical research in thyroidology.  I have published more than 200 papers in peer reviewed journals.

Methods: A literature search was conducted using the databases PubMed and Google Scholar for diagnosis and management of adrenal insufficiency associated with antiphospholipid syndrome.

Results: We describe a 50-year-old male presenting with deep venous thrombosis and pulmonary embolism treated with heparin. The patient subsequently developed hypotension and worsening bilateral flank pain leading to a final diagnosis of adrenal hemorrhage during the course of his hospitalization. Adrenal insufficiency was diagnosed based on serum cortisol and ACTH levels.

Conclusions: In all cases of adrenal hemorrhage and infarction with unknown etiology, screening with lupus anticoagulant and anticardiolipin antibodies is imperative. Recognition of this high mortality condition will allow for appropriate screening and confirmatory tests leading to prompt diagnosis and timely management. 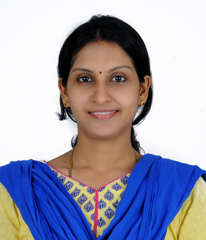 Mrs Alva has completed her Master degree in Medical Biochemistry from Manipal University in the year 2009. Currently she is a Research Scholar from K.S Hegde Medical Academy, Mangalore.

Introduction: Sex Hormone Binding Globulin (SHBG) is a glycoprotein secreted by the liver into the bloodstream. The principal function of SHBG is to transport the sex steroids mainly androgen and estrogen. Hyper insulinemia and insulin resistance is thought to play an important role in the inhibition of SHBG there by increasing the androgen concentration leading to hyper androgenicity.

Aim : To find the association of SHBG and free testosterone levels  in postmenopausal women with type 2 diabetes mellitus.

Research design and methods: It is a case control study.  105 postmenopausal women with type 2 diabetes mellitus and 85 control subjects were recruited from the outpatient department of K.S Hegde Charitable Hospital, Deralakatte, Mangalore. Anthropometric variables, SHBG, steroid hormones, insulin and the degree of insulin resistance were measured among case and control women.